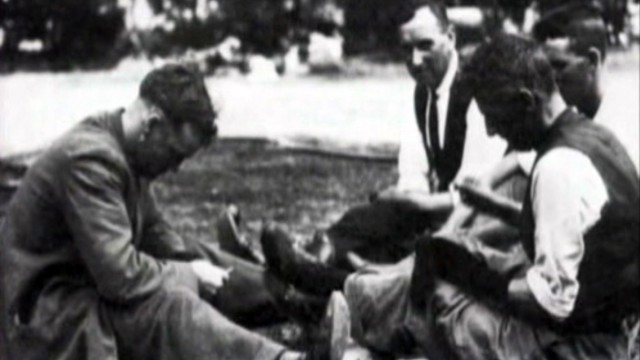 This second programme concludes the Great Depression story. It begins with the "Gold Standard" and its influence on world trade, and explains the circular flow of a healthy economy. FDR's "New Deal" in the USA is covered extensively, as is the establishment of work camps in Canada and the ensuing "On-to-Ottawa Trek". As countries all over the world tried to protect their domestic markets, they placed high tariffs on imported goods; the video shows that this had the effect of worsening the depression by bringing stagnation to world trade. The effect of the Peace Treaty of Versailles on Germany is explained in the story of Germany's build-up to the Second World War. The video concludes with Japan's military expansion and the USA's entry into the war.

Crimes Against the Environment

Want to learn more about ClickView?

We would be more than happy to come to your school and show you how your teachers and students can benefit from ClickView.

Get access to every video in the ClickView Libraries.

Try ClickView for free
OR